X
Type to search
How to make pumpkin seeds: a quick & easy recipe 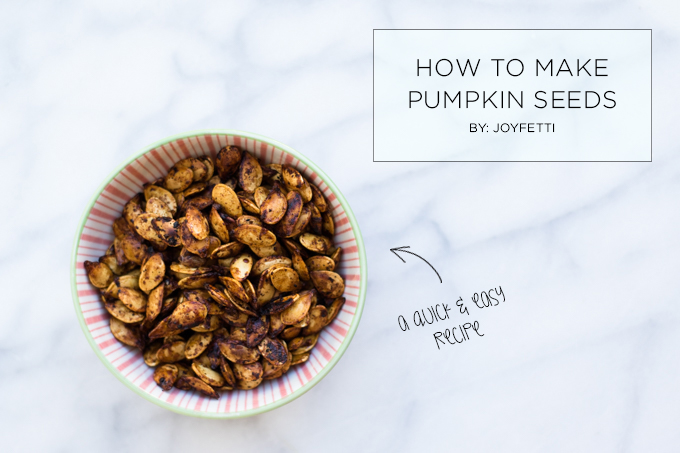 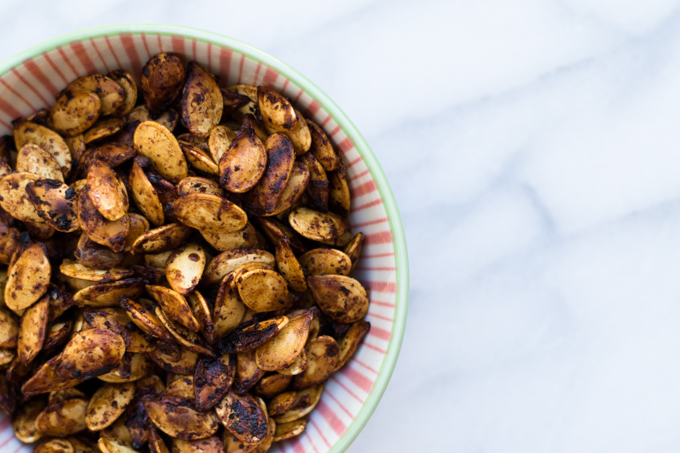 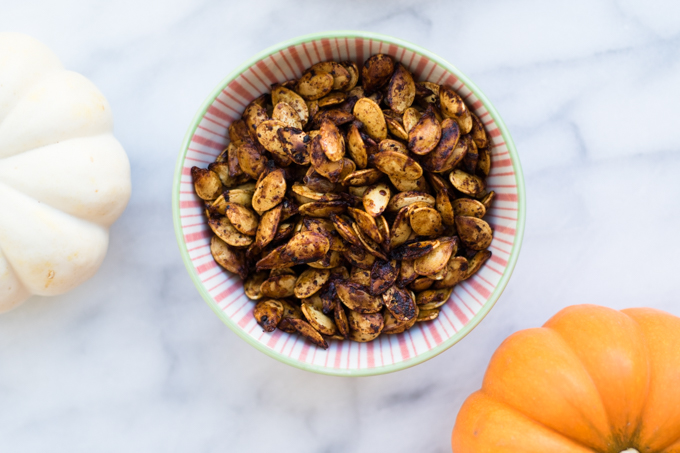 Arrash is VERY into Halloween—& Christmas, but we’ll save that for another post.

About a week ago, we finally picked up two pumpkins, kind of on the smaller side, from Trader Joe’s & we got carving tools from Walgreens.

I wasn’t totally into the idea at first, but once we got into it, I LOVE IT. Carving is super fun—& kind of relaxing too. I feel like all these activities we use to do when we were kids, like drawing, have this kind of meditative feel to them now. Don’t you think? They’re oddly relaxing. 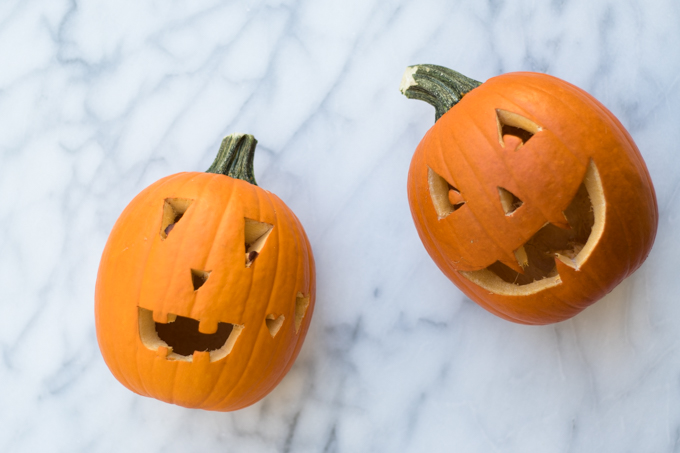 [ Our pumpkins. Can you guess which is mine & which one is his? ] 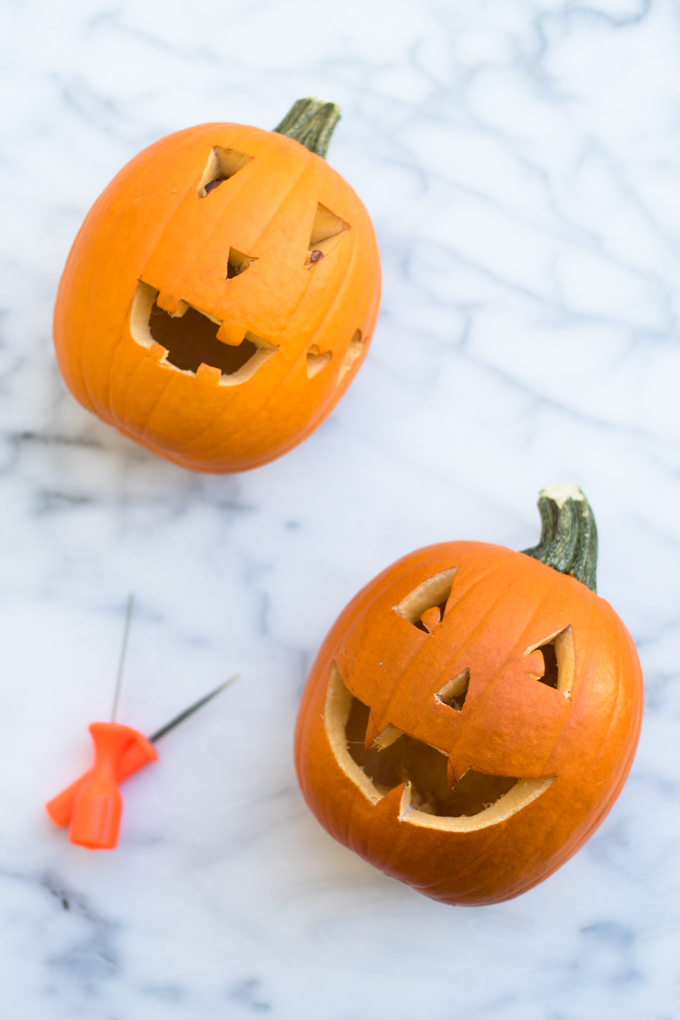 Anyways, before we started, we decided to save our pumpkin seeds so we could roast them after we finished carving the pumpkins.

It was so much fun carving pumpkins & then winging a very fall-ish recipe together!

& we definitely winged it.

Here’s the recipe we threw together, literally… 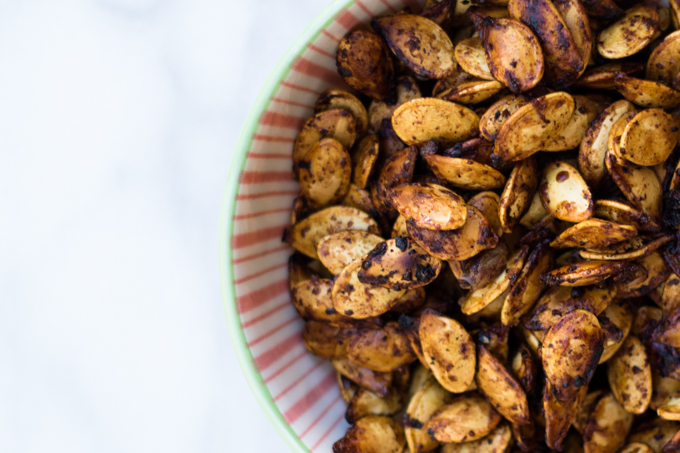 Part 1—in the skillet pan

Part 2—in the oven 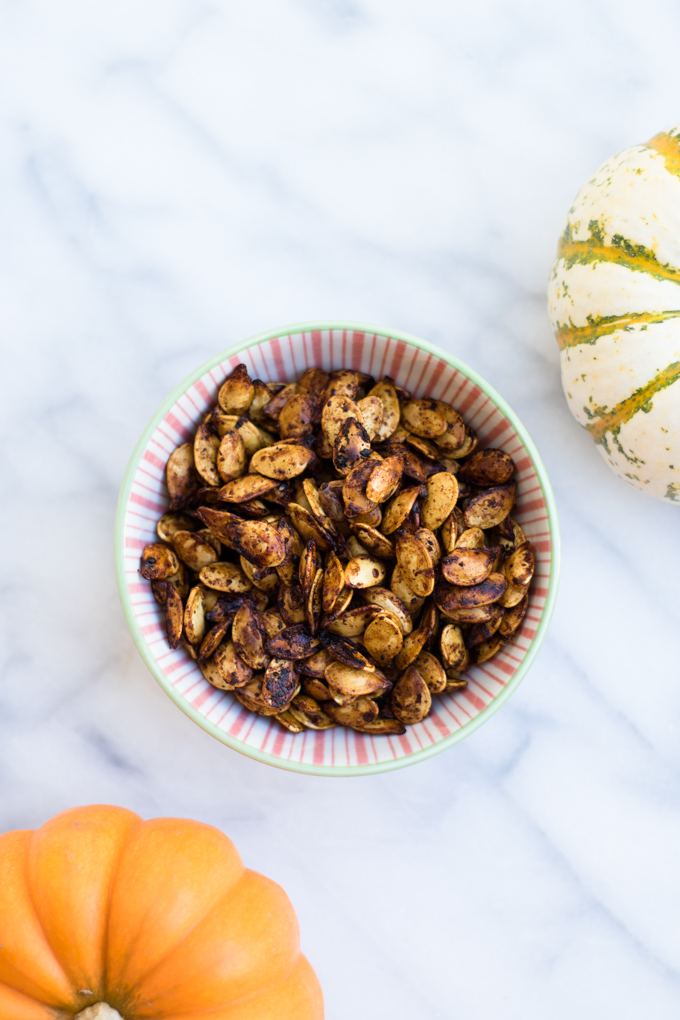 We snacked on them immediately, after they cooled down just a bit, & put the leftovers in the fridge.

& let me tell you, they’re REALLLLY good coming out of the fridge.

We liked them best that way.

This recipe is inspired by Halloween, but it’s also perfect for taking to Thanksgiving dinner, which we’ll definitely be doing this year.

Let me know if you try this recipe, how you like it. & LMK, if this kind of loose recipe works well for you or if you’d rather have a more measured recipe in the future : ) I love hearing your feedback. Thanks for reading! 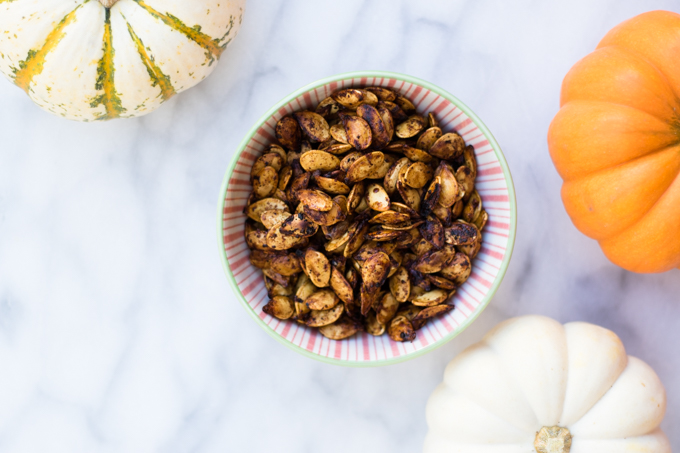 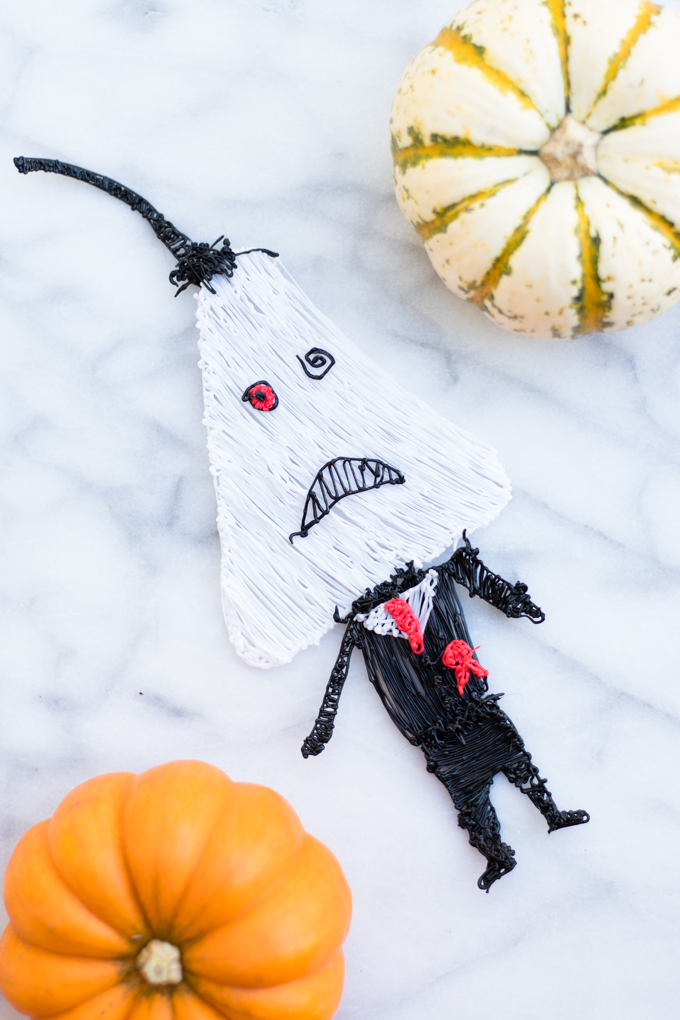 [ My niece & nephew, Shireen & Nadav, made this for us with their 3D-printer (so cool!) since Arrash is obsessed with The Nightmare before Christmas. Super sweet of them! & so good. They’re 9. ] 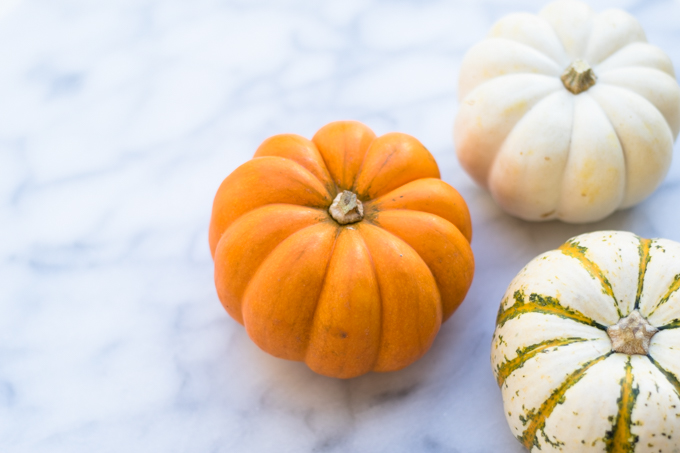